Syria today is rife with fanaticism, factional conflict and levels of destruction hardly seen since WW2.  This is largely because it has had the misfortune to find itself, since 2011, in the eye of a storm of Geo-Political power plays and international intervention of various natures.  The networks of alliances on both sides of this proxy war are nebulous, shifting and sometimes difficult to define.  And the potential evolution of a Russo-Kurdish relationship – possibly as a reaction to Turkish aggression – seems poised to muddy the waters once again.

Within the Syrian framework, Russia has hitherto simply protected its strategic interests – chiefly naval ports and oil – by allying itself with the Assad regime.   Interestingly, recently this position seems to be developing towards a concurrent relationship with other elements fighting in northern Syria.  The first sign of this shift occurred when Putin singled out both Assad and the Kurdish contingent as the real opposition to ISIS. In his own words, “We should finally acknowledge that no one but President Assad’s armed forces and (Kurdish) militia are truly fighting the Islamic State and other terrorist organisations in Syria.”

The Syrian Kurdish militias, known as the YPG-YPJ, have a simple position. As Sipan Hemo, their general commander, put it recently: “We will fight alongside whoever fights Daesh [ISIS].”  In the past they have benefited from NATO airstrikes, but the next major operation seems likely to be against the ISIS stronghold and capital of Raqqa, only 30 km away from their current front-lines.  And for this they need a major uplift in ground weapons and ammunition. Hemo is open as to where these come from. “We want Russian air support against ISIS,” he continued “We want weapons. We can work together with Russia against ISIS.”

It seems, then, that the Syrian Kurds, previously seen as allies of NATO, are now in the market for new friends.  This is no surprise, given NATO-member Turkey’s opportunistic use of the conflict in Syria to settle scores with the Kurds in Iraq, Syria and their own country.  The fact that the originator of this campaign, Turkish President Erdogan, was recently emphatically re-elected and still maintains close links with the USA, must further have pushed the Kurdish militants in northern Syria towards the arms of the Assad-Russo axis. 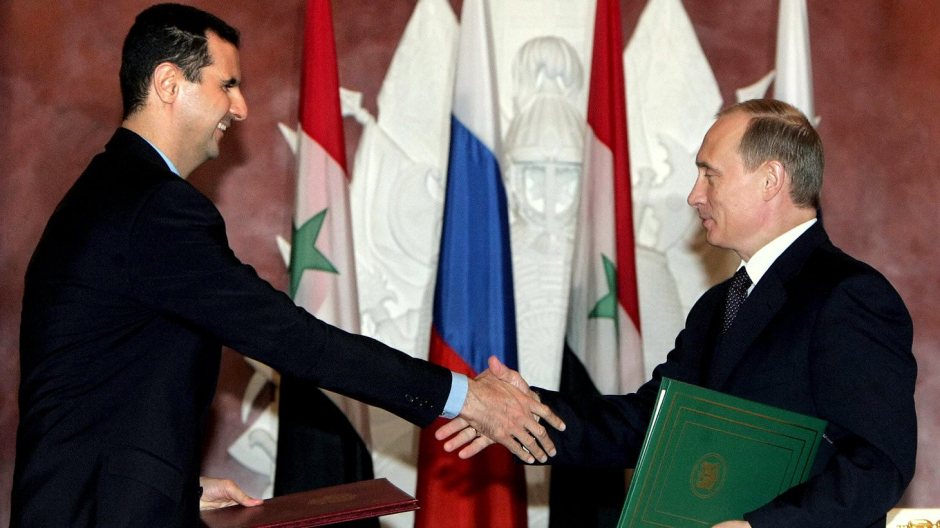 Who, if anyone, will actually give the Kurds the support they need is still far from certain.  But the fact that the PYD – the political wing of YPG-YPJ – now plan to open up an office in Moscow, and representatives are reported to have recently met with Russian advisers, seems to indicate strongly the source from which they are most hopeful of aid.  Tellingly, their position on Bashar Al-Assad, a close ally of Russia, has modified somewhat from being merely ambiguous to guardedly supportive.  This was indicated in PYD leader Saleh Muslim’s comments that “If the (Assad) regime collapses because of the salafist (hard-line Islamist) militants, it would be a disaster for everyone.”

On the other hand, while this rhetoric certainly hints at a growing relationship between the Syrian Kurds and Russia, Russia’s actual kinetic activity has mainly thus far been centered on propping up Assad in western Syria against a wide variety of Islamic rebels, and less concerned with dealing with ISIS whose strength is focused in the East and North of the country. For this reason, while the Kurds are undeniably playing a vital role in taking the fight to ISIS,  at the time of writing they are currently being overlooked and under-utilized by both factions: NATO because of their support of Turkey and Russia because of their prioritization of Assad.

It is beginning to seem hopeful, nonetheless, that the Kurds will eventually expel ISIS from northern Syria. It will be interesting to see whose weapons and whose advice they will have on their side as they complete this bloody task.