Omar Hamdi (or Malva) was born in the city of Hasaka in Rojava northern Syria in 1951. He started to paint at an early age. His father opposed his work with art but Malva didn’t give up painting. Instead, he painted on thick plastic sugar bags. He took his paintings with him on a truck full of chickens and sheep toward Damascus, the city where he started his first gallery in his twenties. However, he wasn’t satisfied with the reactions to his gallery so he took his paintings and burned them outside Damascus. 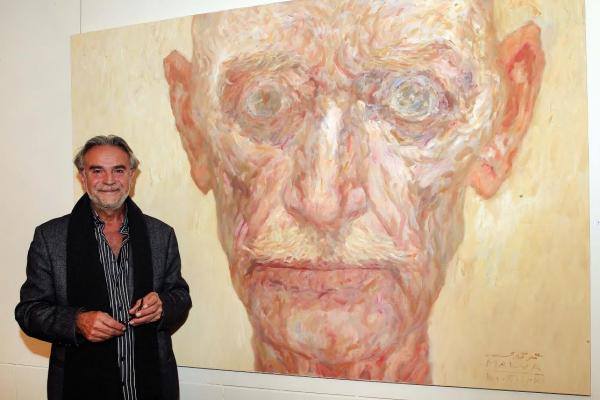 He took private lessons on international art, and in 1971 he started to teach Fine Art at Damascus University of Art.

Malva moved to Beirut and from there, he took the most dangerous trip of his life by taking a little fishing boat toward Europe and then he migrated to Vienna. 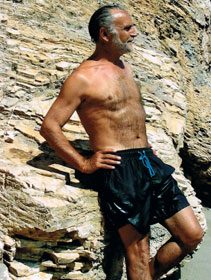 He wrote numerous books like The Life and The Color which was published in Damascus, as well as Min-Min World Art and Album Malva which were published in Vienna.

Malva was criticized by Kurds for not mentioning his Kurdish roots officially after he became known internationally. He said: “As a Syrian artist, I will always be considered the most Influential artist, because of my Syrian roots that will be the last roots to die on this earth”.

Malva is considered as the most influential artist and writer in Kurdish history. He did a number of international galleries in Fondly NYC, CHICAGO, LA, Balm Beige in Paris, Franklin Stein in Berlin and Modern Art in Vienna. His final exhibition was called The Last Witness.

and I carry inside me the story of my people

the story of finding the secret of the colors

at the time where hypocrisy took over justice

I carry the features of my children

and the memory of my body

in a fake passport

from one place to another around the world

Exile is the only language of my paintings

or a homeland is painting my death

50 years and I am still this obscene meditator

in the trees or in the stones

I write my letters to the battlefields

to the cellars of tyranny

and I sit next to a woman I love

Malva passed away last Sunday in Vienna at the age of 63 from an incurable disease.