Under the flag of the first Kurdish republic ”Republic of Mahabad” Eastern Kurdistan, Masoud Barzani was born on the 16th of August 1946.

He was and still fighting for the Kurdish dream of an independent Kurdistan for more than 53 years. This struggle didn’t only make him a very stubborn Pêshmerga but also the big brother for all the Kurds in the four parts of Kurdistan.
“I was born in the shadow of Kurdistan’s flag in Mahabad republic and I am ready to continue serving this flag until I die”.
The talk of an independent Kurdistan came as storm among the Kurds in Kurdistan and around the world in late June and the beginning of July 2014. Kurdish flags were flying everywhere, celebrations and peaceful demonstrations by the Kurds in all European capitals to support a Kurdish state in northern Iraq, just a month before all the attention move toward the Islamic state (ISIL) attacking the most peaceful region in Iraq, and the home of millions of refugees, Christians, Yazidis, Turkmen and Kurdish Syrian refuges.

This fight against ISIL drove Barzani to the frontline leading the Pêshmerga, after a long break from war since the 90s, when Kurds revolted against Saddam regime before they get their autonomy in the end of 1990.
“I didn’t imagine that we would face this kind of fierce attacks, though I am always prepared psychologically for any attack”.

On the 20th of May 1962, the 16 years old Masoud Barzani lost the possibility to continue his study as he joined the headquarter of Pêshmerga to get fighting training.
“It was the first time in my life I carried a weapon. My father told me then that there is no difference between me and any other Pêshmerga there. I went through all the training steps along with the other Pêshmerga under the supervision of Commander Hajik Mohammed”.

The sixties was a stressful period for the Kurds when peace agreements took place between the Iraqi governments and the Kurdish revolutionaries. During which, cease-fires between both parties were a ways being breached because of the continuous change in the Iraqi government, and despite all these coups and changes in the government, their policy toward the Kurds never changes, which allowed the violence against them to continue.

However, the Kurdish revolution did not stop, which drove Iraqi leaders to resume negotiations with the Kurds. The Kurdish party was lead by Masoud Barzani and his brother Idris Barzani.

Masoud Barzani met Saddam Hussein for the first time during these negotiations, and Saddam was then the chief of Baath‘s intelligence services.
Masoud Barzani told BBC Arabic in April 2014: “When I met Saddam Hussein for the first time during the negotiations in 1970, he was more positive and open minded than the rest of his friends. He was the one who signed the agreement actually. He was polite back then and I think because he has a double personality”.
After the death of his father, Barzani was elected to be the leader of the Kurdish Democratic Party, the PDK on 16th of November 1979. Together with his brother Idris Barzani, they managed to bring the unity among the Kurdish political parties to defeat the Baath regime crimes under the presidency of Saddam Hussein. The Baath chemical attack on the Kurdish city of Halabça killed around 5000 people; most of them were women and children.

“I was around 500 km away from Halabça when the genocide happened, I was shocked that thousands of innocent people were killed. I couldn’t go there because the road was blocked”
The Iraqi army lost their fight again the Kurds so they sent a request to start negotiations. The first Kurdish delegation was lead by Mr. Jalal Talabani, and the second one by Mr. Barzani. 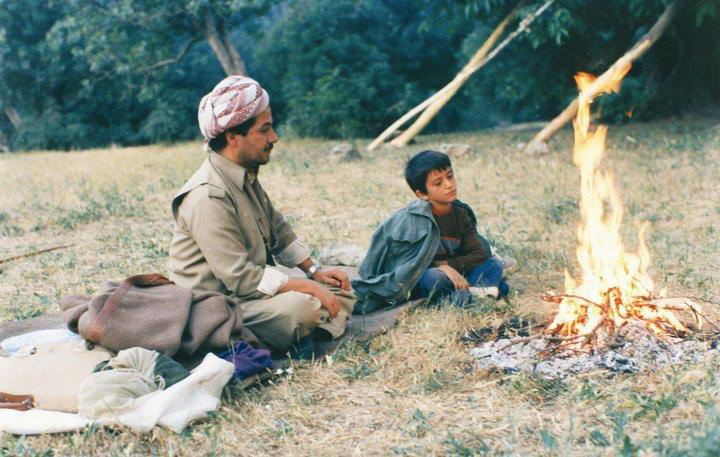 “They asked me to go to Baghdad to continue the negotiation. It was very difficult for me to go and sit with a regime that killed 180000 of my people, 8000 alone from my tribe, 37 people from my family and four of my brothers. I said to myself, if I didn’t go, my people would think I was too proud or coward. When I arrived, Baghdad felt like a nightmare.
“I was sitting with Saddam and his fellows on the same table. He asked me for a private meeting and said that it was a great step that I came to find solution so I told: ‘I swam in an ocean of blood to get here. I am here for the sake of my people. If you really want a solution that serves my people, we can do that, but if the agreement is incomplete, then we are ready to fight and defend our land and people until the last minute.’

“I asked him about the missing people, he didn’t look at my face, he looked down, thinking, and he said: ‘there are many things happened that I wish it didn’t happen. If we make the agreement, the missing people will be released and back home, but about the dead people, I should say we must cooperate and forget about what happen and only move forward.’ When Saddam said those words, I realized that his regime killed all the missing people and no one is alive. Saddam cut the negotiations and the fighting started again.
“I was never against any negotiations or any peaceful steps, but I never trusted their intentions” Mr. Barzani told BBC Arabic.

The Kurdish revolution continued until 1991, when they finally got autonomy after seven days of fighting against Saddam regime, but the pleasure of this Kurdish autonomy didn’t last for a long time as the civil war between the Kurdish Democratic Party PDK and the Patriotic Union of Kurdistan PUK took place from May 1994 to November 1997, which caused thousands of Kurdish lives. The reasons behind this Kurdish civil war are still unknown, but people in Kurdistan say that followers of the two Kurdish parties were determinate to steal power one from the other.
After the war ended, the Kurdish leaders were talking about it as a dark shameful period in Kurdish politics.

Barzani told the BBC: “It was a very dark painful period and I am ready to stand in court to show that it was against our intention and will. This war started for ridiculous reasons that grew in a perfect environment; it started with small fights between single members of different political parties and then it developed until it was out of control.
“No one planned that, and I tried my best to stop it but in vain. One of the main reasons that I accepted to be the president of Kurdistan is to repair and remove the damage of that war. But thankfully, we passed that period and we learned a lot from our lesson.”

The new period of peace and stable economy took place in Kurdistan after the American invasion in Iraq in 2005 when Barzani was elected officially by the Kurdish parliament to be the president of Iraqi Kurdistan. Since then, he showed his effective role in Kurdistan region in particular and Iraq in general.

Barzani was the first among the Middle Eastern leaders to win the Atlantic prize in 2011 for his role in serving for peace and rebuilding Iraq.
“I am so proud to get their trust, especially in this difficult period that the region is going through. This is for my people’s struggle and our tolerate culture that we grew up with”

At the time where the region was boiling and tearing apart from sectarian conflicts, Iraqi Kurdistan was the smallest safe place for different backgrounds refugees in the region.
“What we do for our Christian neighbors is a humanitarian and national duty. The refugee can stay here as long as they want to, and they can go back to their homes when it’s safe. We will offer them security, accommodations and rights to live and stay in Kurdistan as their home”

The son of the Kurdish revolution leader in Iraq was born in Iran after his family and thousands of their followers fled to the Kurdish region in Iran. When he was 12 years old, Barzani went back with his family to Iraqi Kurdistan. It was then the first time that he saw his father, Mustafa Barzani.

“I used to miss my father being with us and my mother would say that he is in Moscow to bring me my favorite candy.
“He came back to Iraq on the 6th of October 1958. I was waiting for him at the Muthana airport in Baghdad, and when he came off the plane, a friend of him told me that this was my father as I only knew him from pictures” Barzani told the BBC. 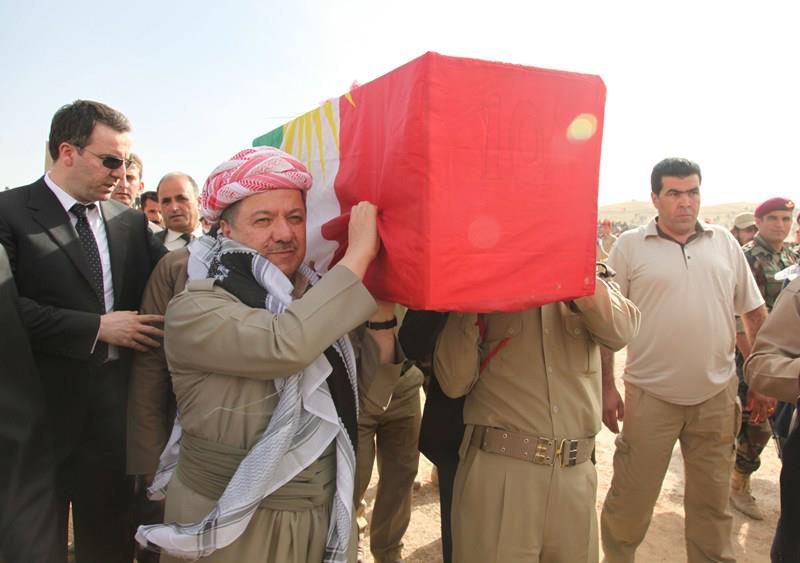 Masoud Barzani lived the Kurdish struggle throughout his life, fought for the Kurdish cause and appeal for the importance of Kurdish unity as the basic and first step toward the Kurdish independent state.

Barzani said last year “I believe that the Kurdish independence will be a fact very soon, but it has to be through peace and compromise”