Driving under the Kurdish flag and achieving victories is a lot of joy for Isaac Tutulmu, many of his fans are Kurds, and despite the fact that Isaac is the first Kurdish racing driver, he couldn’t represent Kurdistan this year, as many Kurdish athletes, who do not get the global recognition of their Kurdish identity in their successes, along with the war against ISIS and the economic situation in Kurdistan.

Most recently, he was fifth in the second round of Lamborghini Super Trofeo race in Silverstone in the UK and he still has 4 more races in France, Belgium, Germany and finally USA World Finals.

represented Kurdistan and took part in international competitions. Usually when Kurdish athletes represent Kurdistan they do so in informal competitions or local ones, I race within The  International Automobile Federation FIA and I drive officially under the Kurdistan flag, I am proud that I’ve taken  a historic step and I hope I continue on this path.

I started Go Karting when I was 2 years old and I was 5 years old for my first competition. I continued practicing Go Karting as a hobby until I was 17 years old, but I did not get enough support from my family, because they were aware of this sport’s risk and they feared its consequences, also because it is in fact an expensive sport and needs big financial support, so they told me that I must work and pay the expenses myself. So I started working hard and found some supporters, in 2009 I started racing professionally. I raced under the Kurdistan flag for the first time in 2011.

I went with my father to meet with President Massoud Barzani and I shared  my idea and my willingness to represent Kurdistan, the President welcomed my idea and said: “It is important to support any kind of sport that carries the Kurdistan flag and name globally, because I believe that what you will achieve in sport is more important than achieving a victory in war and politics” Since then I had the opportunity to communicate with companies that supported me in Kurdistan like Ster Group and Korek Group, my last sponsor.

In fact, the first idea was forming a race driving team representing the great Kurdistan not a particular part, but in 2011, the International Automobile Federation FIA did not allow us the title Kurdistan Team for political reasons, given that Kurdistan wasn’t internationally recognized. For this, I decided to call my team “Barzani “ as a Kurdish symbol that is internationally known, and because I personally believe that Barzani had fought and worked a lot for our cause in Kurdistan as a whole.

In 2012 we got an official approval to call our team under the name Barzani, since then until 2013 we officially raced under the flag of Kurdistan and as Barzani team.

I speak 6 languages ​​fluently but unfortunately, Kurdish is not one of them, because my parents were separated when I was one year old and I lived with my Catalonian mother, I was seeing my father once every 6 months, but I know some Kurdish phrases like “Biji Peshmarga u Biji Kurdistan” Live long Peshmerga and live long Kurdistan!

Exercising is very important for race driving. A lot of people think that race driving is just sitting in your car but in fact, when you race in 70 or 80 degree heat already and GeForce inside the car and breaking in the corner, all this needs exercising and fitness which of course effect my personal life, I don’t drink, smoke or stay out late, and that’s why I like Days of Thunder movie with Tom Cruise and Nicole Kidman, he shows racing in a romantic way and less harsh. 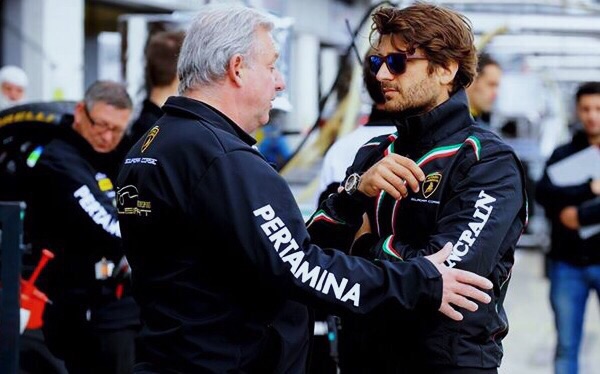 I had one very bad accident, it was actually my last race with the Barzani Racing Team last January at the Dubai 24 Hours. There was a car losing oil and on the fastest place of the track there was a spot of oil on the asphalt and no Marshall showed the “oil on track” flag to warn us, so I slid into another car at around 260 km. The car was completely destroyed but thank god I didn’t have any serious injuries, just some muscles broken, bruises and pain all over my body. I also had one bad crash when I was 18 in a go kart and I ended up in a coma for 2 hours but after that all was OK.

Besides racing I am working as a football agent like my father does, and also doing some inter-mediation with big companies that are interested in expanding and investing in Kurdistan. But racing takes most of my time, I need to do a lot of cardio and fitness with some simulator training etc.

My idol is Ayrton Senna, a former Brazilian racing driver who died in a car accident. Since I was a child I loved his performance and techniques in racing, he is my only Idol, alongside with Barcelona Football Club of course, which I support 100% 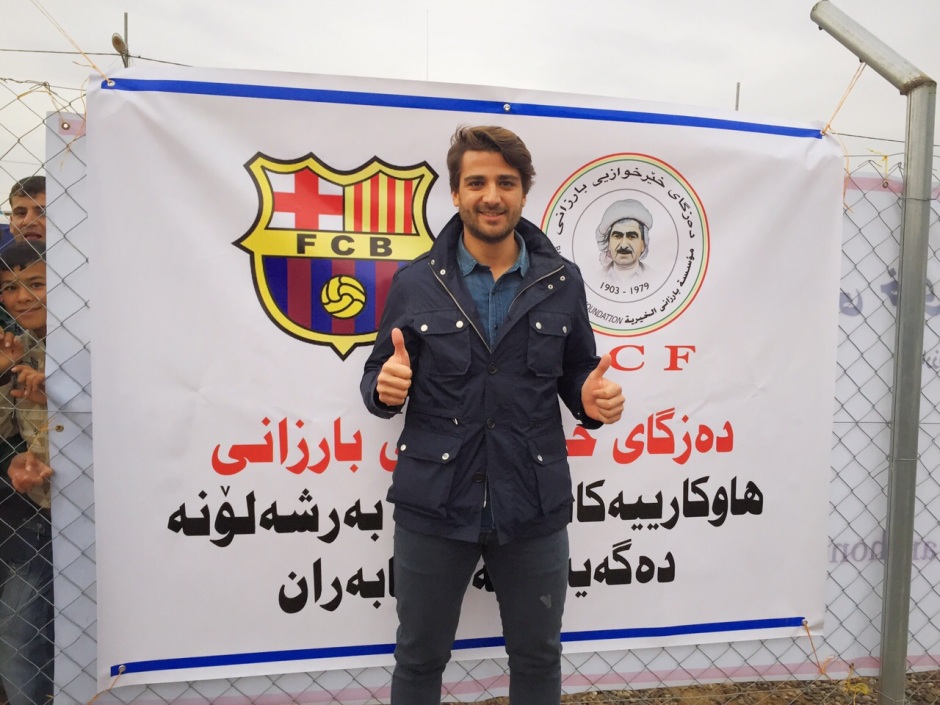 I want to thank my family for helping me develop my talent in Go Karting, I want to thank my first supporters, especially President Masoud Barzani, who believes in the important role of sport’s. My support to all Kurdish fighters, the Peshmerga and the YPG, who face death every day to defend our land and all humanity against terrorism, and I of course thank Lamborghini company for giving me the opportunity to participate in this year’s race despite the lack of adequate fund and support.

Allow me to take advantage of this interview to draw a direct appeal to Kurdish and international corporations to help us complementing our plan in creating The Kurdish Formula Racing. We are full of energy and have the desire to achieve victories but we need funds for our team to be able to continue carrying the Kurdish flag and contribute to drawing the attention of the media and the world to our people’s suffering.